If you are old enough to remember when TV stopped in the middle of the day or when there were only three or four terrestrial channels, then you will remember when all that changed. In truth, it was always an accepted part of the school holidays to sit watching TV all day, but then it wasn’t every day, because it was also safer to go out and play all day, and it was a social norm to wave goodbye to mum in the morning and return in time for tea, no questions asked. 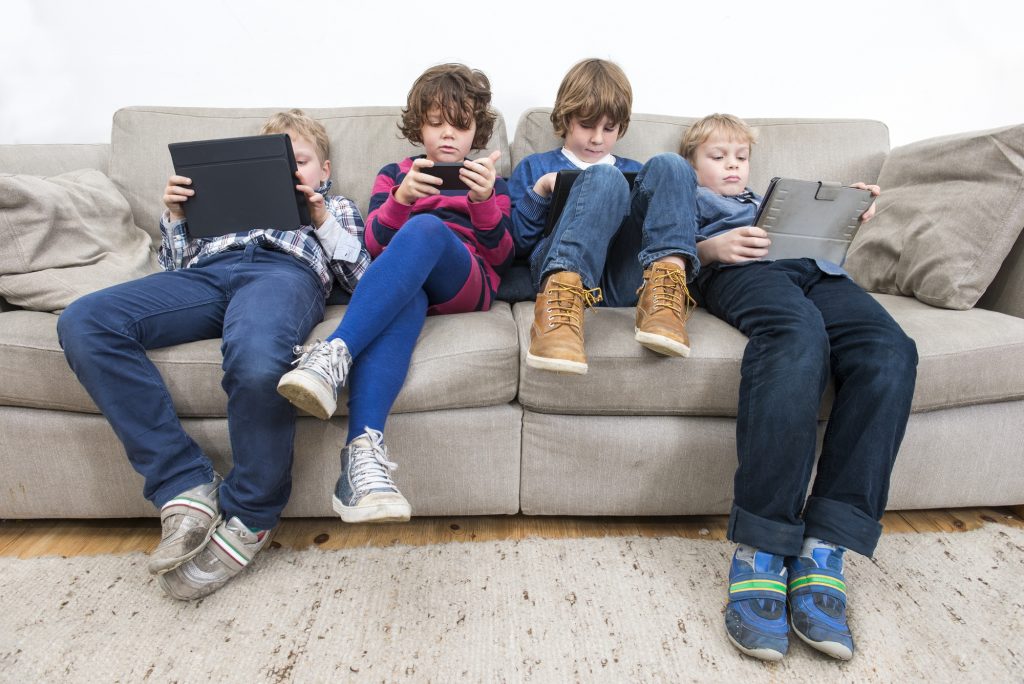 In that respect, the sofa was a great friend, but only to a point. The world outside was an adventure playground and we were left to our own devices to explore it, but times change, society changes and sofas become more enticing. Gradually, playing football all day, getting the bus into town or running about in the woods have been replaced by watching box sets on Netflix, chatting with friends on social media and gaming.

Only 10% of young people get enough exercise

With this in mind, it is no surprise that loafing, or ‘sedentary behaviour’ to use the technical term, has become the norm. Scientists recommend one hour of vigorous exercise a day for young people, but only 10% are getting this and hence it is no surprise that obesity is on the rise. But then you can’t just blame comfortable sofas and the fact that you can do most activities that interest young people on them.

The last ten years has seen 24/7 TV on over three hundred channels evolve into Pay TV deals where literally anything is available and you need never miss a TV programme or film of any sort ever again. Not only that, it is generally accepted that it’s not OK to simply walk the streets at night, or even go out for a run after dark if you fancy some exercise. Whatever age you are.

Also, there are fewer playing fields available to young people, and a lack of opportunities for organised sport or exercise in some communities, and even if there are, maybe you can’t afford it? You can’t even play on the street outside your own home anymore, because there are too many cars about. Maybe you live in a more rural area and there simply isn’t anything to do? You feel isolated and you do actually want to get off the sofa and go outside.

How to get young people off the sofa

Some people use the excuse that parents are too busy these days to keep an eye on their children, but we’re not sure that is any different now than it was thirty years ago. It has long been accepted that both parents often need to work, but certainly it is an easy and safe option to know that your children are safe at home watching TV and not prowling the streets. But then how are they supposed to get to football practice or to the swimming baths or gymnastics without their parents help?

As always, there’s a balance to be made. TV can certainly be enlightening, educational, inspirational and challenging, it can teach you vital lifeskills, but it can also be banal and dumbed-down nonsense. Gaming can be competitive but addictive, and social media can be fun, but it can also be hurtful and dangerous.

Perhaps the answer is to create safer places to play out and more facilities for affordable exercise, but then you still have to want to do it and families doing stuff together is often the answer. So, don’t just blame the humble sofa for turning you into a loafer, it’s within your power to get off it and do something healthy, so go out and just do it, and earn your right to an evening on the sofa.