Given its unique position in Northern Africa, where is has picked up European and Middle Eastern influences, the design and architecture in Morocco is never less than eclectic and thrilling. It’s no surprise, therefore, that Moroccan design features are increasingly becoming incorporated into Western homes. However, because many of these features are relatively bold, it’s important to be sure that a new piece is going to work in the context of your home as a whole – you want your Moroccan additions to stand out within the room, not apart from it. 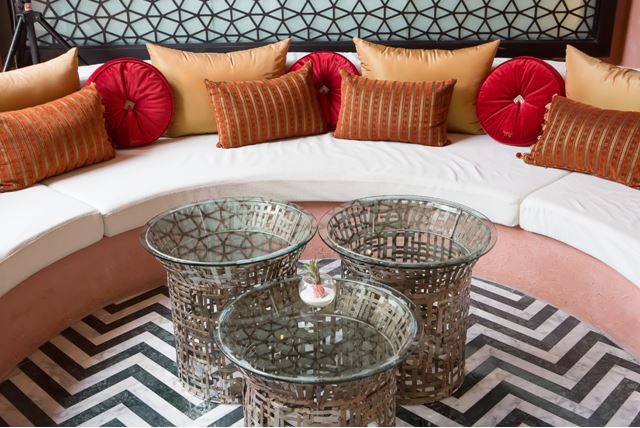 Comfort is an important part of Moroccan design – pieces of furniture tend to act as focal points for rooms and plush, overstuffed ottomans and long sofas are especially favoured in Morocco and throughout other North African countries. On the flipside, ornate wooden cabinets and drawer sets are highly prized for their craftsmanship and beauty.

Colours that invite you in

Moroccan design is ideally suited to those who enjoy warm, rich colour palates. The aquamarines and jades of the nearby Mediterranean are juxtaposed with earthy browns, reds and golds to create visually striking (and, more importantly, extremely inviting) living rooms and bedrooms. It can be a little overpowering at first, so experiment with different shades as much as is feasible to achieve the ideal balance. Try opting for one style as the base colour scheme with the other style for contrast in the form of cushions or other furnishings. 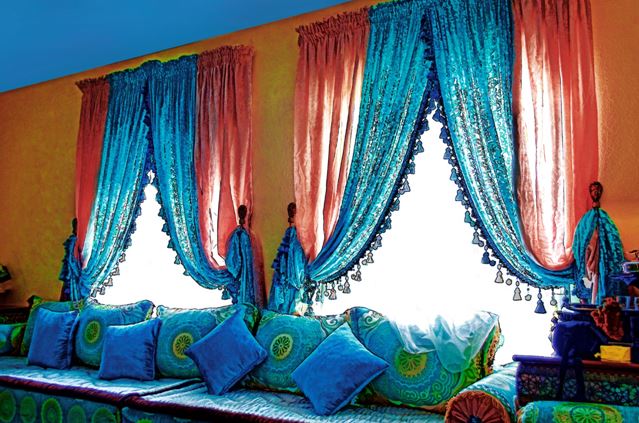 Mosaics weren’t just employed by the Ancient Romans. They were heavily used throughout Arab Islamic countries up to the 8th century, when they went out of fashion – however, their legacy lives on in modern Moroccan homes in the form of decorative tiling. As a relatively simple addition to any kitchen or bathroom wall (though you don’t have to limit yourself to those rooms – if they would work in your living room, use them!), they add instant visual interest to any area lacking in it. Try tiling an otherwise plain tabletop, for instance – think outside the box! Or, if you’re feeling really ambitious, try and create your own mosaic… 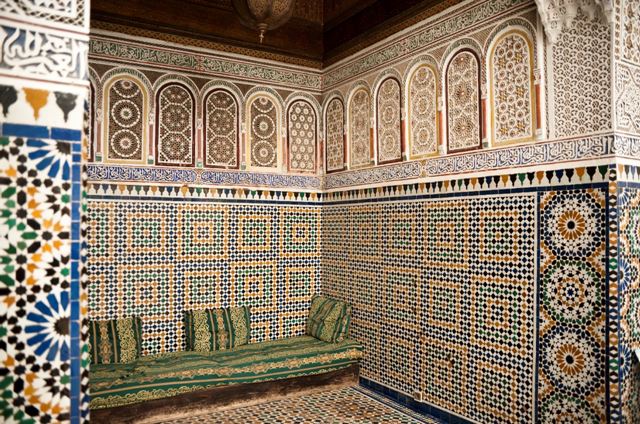 While Western homes (especially the opulent ones) aren’t unfamiliar with the idea of hanging lights in the form of chandeliers, many homes also make use of the instantly-recognisable Middle Eastern use of hanging lanterns to infuse rooms with a soft, warm light when the sun goes down. Moroccan homes take this trend and utilise it in the form of ornate metal and brass designs which are dotted in clusters throughout a room so no corner has to be left in the dark. 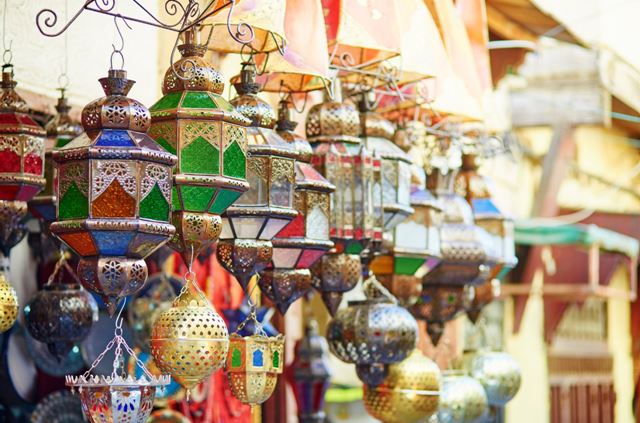 Looking through the keyhole

Although this is more of an architectural feature than a design one, no examination of the key features of Moroccan decor is complete without a discussion of the characteristic keyhole arches that pepper living areas throughout the country. Believed to have been adopted from homes in southern Spain, these arches are recognisable emblems of Moroccan decor. They can be simple or intricate depending on the design, but are not an addition to be made lightly – tape out the design first so you can get an idea of how it looks before beginning any demolition work. 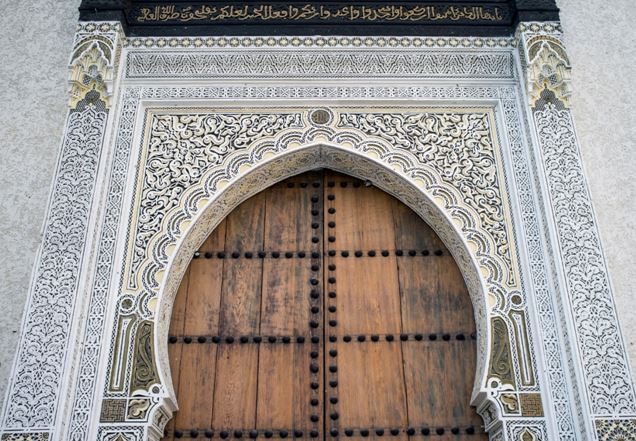